I haven't been drawn to Charlie Kaufman's movies (Being John Malkovich, Eternal Sunshine of the Spotless Mind), at least the ones he's written.  So I can't say that I'm falling over myself to see his directorial debut, Synecdoche, New York.  However, I do admire the Times' film critic, Manohla Dargis, and she gave the movie nothing short of a rave this morning. 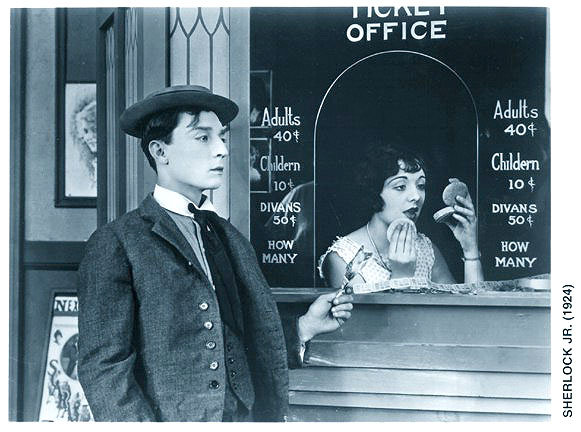 Comments
1.   jonnystrongleg
Alex, though I have been more of a fan of Kaufmans's scripts than you, I can understand that you were not drawn to most of them.

However, Eternal Sunshine of the Spotless Mind stands out for me, not only among his films, but of all cinema of this decade. If you avoided it, or watched it with reservations, I urge you to re-visit it if you have the chance.

2.   Jon Weisman
Even though I was prepared for Charlie being Charlie, I was tempted to walk out on Synecdoche after the first hour. It reached a point of being downright unpleasant.

By the end, I was not only glad I stayed, I was kind of itching to see it again.

3.   Jon Weisman
Malcovich remains my favorite of his, though.

4.   Alex Belth
I was impressed by the technique in Sunshine but it was just like a bad acid trip to me. I didn't like being on that ride and just wanted it to end. Thanks for your take on the new one, Jon. Interesting...

The NY Observer said it was possibly the worst movie EVER.

6.   jonnystrongleg
5 I felt connected throughout, even though it was a wild ride. But if it wasn't that way for you, I can understand your negative reaction.

3 I thought Sunshine was more personal, efficient, and profound than Malkovich, though the burst of unexpected imagination necesssary to drive Malkovich was incredible.

8.   Alex Belth
e double...it's amazing how certain filmmakers are polarizing. It is like that with writers too. Some people LOVE Gary Smith, who writes several long pieces each year for Sports Illustrated. I find him tedious--his style always gets in the way of the story for me. But you rarely find people who are in the middle of the road with him.

9.   Alex Belth
For what it is worth, Rex Reed was the critic who panned Kaufman's new movie in The Observer...I'm just sayin...I didn't even know Rex Reed was still alive.

11.   e double trouble
for what it's worth
I never liked C Kaufman either
I think he's a hack
with cute ideas

12.   Max
I liked Malkovich, thought Adaptation was too clever, and loved (really loved) Eternal Sunshine. From everything I've heard about Synecdoche...I honestly have no idea how I'll feel about the movie.

I tend to agree with others that say that Kaufman needs a director that can counteract some of his worst tendencies (Michael Gondry most successfully in the case of Sunshine). So I'm a bit skittish about the latest one.

FWIW, I really like Dargis as well, but I found it telling that J. Hoberman didn't review Synechdoche in the Voice (when he passes on a high profile movie like this one, it's not a good sign). As it turns out, in his Cannes roundup several months back, he said it was the most tedious movie he saw at Cannes, and that it retroactively made other bad movies he saw appear more watchable by comparison. Yikes.

15.   Cliff Corcoran
I love Kaufman and will see this new one regardless of the reviews. Shunshine was definitely his best, for the reasons mentioned above, and because he was working with Michel Gondry, who is also brilliant, but is often lacking a strong script. (They also collaborated on Human Nature, which most don't like, but I do, but is clearly a lesser film for Kaufman.)

16.   cult of basebaal
dana stevens at slate and stephanie zacharek at salon were both pretty meh about it.

i suppose i'll go see it, but kaufman's really hit (being JM) or miss (adaptation, jesus i loathed that movie) for me