Yanks Get the Stink Eye
by Alex Belth 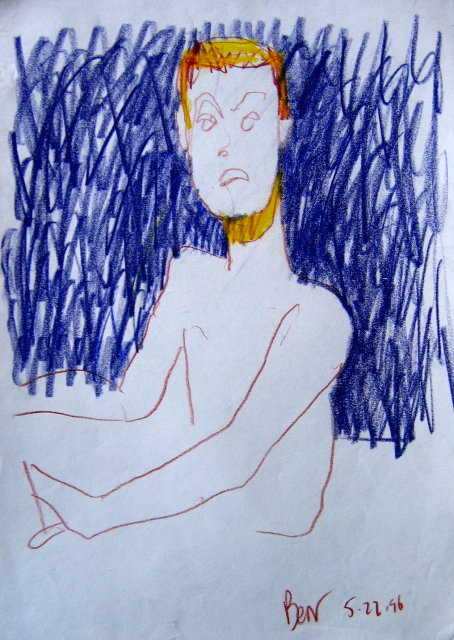 Aw, heck, while we're at it, Yanks get the Gas Face too:

Comments
1.   tommyl
You know, last night reminded me of that marathon 5 game set against Boston we had in 2006. I think they came in down only a few games (3 or 4 or so?) and we swept all 5, putting them like 8 or 9 out and effectively ending their season. That's how last night felt in reverse.

2.   williamnyy23
1 I think that situation was much different. The Red Sox entered that series only 1.5 back and the two teams had pretty much been within 3 games for most of the summer. In other words, both teams entered the fray on equal footing. Also, both teams were 20 games over .500.

In this series, the Yankees needed a sweep just to entertain thoughts about being alive in the race, more so because they had played so poorly than because of how many games they trailed. The Red Sox did not kill the Yankees season (as the Yankees did to Boston in 2006). The Yankees have been dead men walking (well, not walking, but more like hacking away at pitches out of the zone) for most of the season.

3.   yankee23
I think the grand slam last night gave me the same feeling as Damon's slam in 2004. It wasn't really what put the game away, but I certainly felt like it was punctuating a close to the season.

4.   ms october
well it is now o-f-f-i-c-i-a - i'll add the l when they are mathematically eliminated which should be pretty soon.
in addition to william's suggestion on the previous thread to pull the plug on the deadweight pitchers i would also send matsui for surgery now.
maybe showcase gardner some, if he isn't in the yanks plans he might be useful to a team like the padres - obviously he wouldn't headline a deal, but i would like to see what the yanks could put together for someone like kyle blanks who is blocked. in fact the yanks should be sniffing around at all the blocked 1b or poor infielders types who can hit and could become corner ofs this offseason.

3 especially since it was dustbin.

guess i will be rooting for the twins to get the wildcard.

5.   dianagramr
Whenever I look at Hank

6.   DarrenF
3 I've watched the Bay "triple" in amazement over and over. Mussina could have caught that effortlessly while shagging flies in batting practice. I took that as a metaphor for the disappointment of the '08 season moreso than ARod's chokey GIDP. A guy (and a team) that will give little effort ... and then somersault needlessly on the warning track to make it seem like he was exerting himself the whole time. Abreu didn't even pick himself off the ground until Bay was standing on 3b.

The Yanks knew exactly what they were getting when they traded for Abreu. Great batting eye, strong arm in the outfield, lackluster effort on defense.

That said, he's been patrolling RF long enough to not run into the wall like that. That was almost comical (if it weren't so pathetic).

8.   DarrenF
7 I heard rumors about his fear of walls, but I dismissed them. I don't think I've ever seen anything like it. If you stay with the video long enough, he acts like a QB who was just sacked. He slowly gets up and dusts himself off. But he barely grazed the wall.

That's what I'll remember when I think of the '08 season. That and Cano meekly swinging at the first pitch.

We need to hybridize Abreu with Aaron Rowand.

UPDATE, 10:27 p.m.: RHP Alfredo Aceves is in the clubhouse and has apparently been called up. No move has been announced. Presumably he will be in the rotation this weekend.

13.   Raf
Yep, the gasface was the first thing I thought of when I saw the title to the entry. Then I scroll down and there it is :)