I'm as guilty as anyone of beating a dead horse as far as Alex Rodriguez is concerned.  Course it ain't as bad as it was a few years ago, but since it is the theme of the day, here's one last link to ponder.  From It's About the Money, Stupid, the question is asked: Who is more clutch: Alex Rodriguez or Derek Jeter? 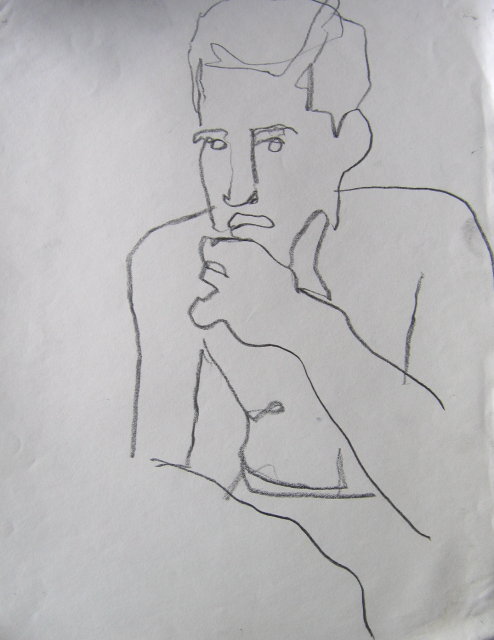 Comments
1.   Deadhorse
Who is more clutch? Brosius, of course.

2.   tommyl
Two posts from the last thread (again just before this one went up, argh):

Know who's a great clutch hitter? Tony Womack. Smacked that double off the greatest closer of all time in the bottom of the 9th, down by a run of game 7. Doesn't get much more clutch than that. Maybe we should sign him...oh wait...

17 I couldn't agree more. I've pointed out some of Jeter's faults here not because I think he's a choker just that I wanted to show how we ignore when he screws up because the party line is he's a gamer and a true Yankee (TM). To demand that Alex has to have a year like he did last year every year is a joke. That was a videogame year and likely the best of a Yankee since perhaps Mantle's triple crown year. In other words last year wasn't just MVP it was a historically great year. Demanding that is a joke.

The other example is last night. Pettitte was awful last night, yet we've spent all this time talking about how crappy a choke artist A-Rod is.

3.   tommyl
The Brosius argument is such a joke. The idea that that team won because he was a winner or something is laughable. That team won because they had a HoF SS in his prime, the best closer ever, a pitching staff with multiple Cy Youngs and borderline HoFs, a borderline HoF C (in his prime and playing backup half of the time), and a perennial all star in CF. Throw in an above average RF and freakin' Darryl Strawberry on the bench and who the hell cares who plays 3B?

I love when people argue how the dynasty team was all a bunch of gamers with no standouts. That 98 team had 3 or 4 borderline HoF players (at prime positions) including the greatest relief pitcher of all time. But yeah, it was all because of Scotty Brosius and his "winning" attitude.

Never mind that that doesn't make any sense. He's been saying it several times a game for 19 years, who's going to argue with him?

5.   Alex Belth
LOL. That's like "There's no use looking after spilt milk."

7.   DarrenF
With the understanding that ARod gets paid more and is under greater scrutiny (and maybe just less well-liked), I think the following players are happy to avoid ARod level scrutiny after last night's performances:

8.   Cliff Corcoran
There are two problems with clutch arguments:

2) "Clutch" means different things to different people. Should clutch be measured in comparison to the remainder of a player's performance, be it overall in that season, in their career, or in non-clutch situations over either time frame. Even then, is a true clutch hitter one who exceeds their non-clutch performance in clutch situations, or one who simply maintains that level of performance? Are you measuring gross performance in those situations (thus holding David Ortiz and Miguel Cairo to the same standards), or measuring net performance, meaning whether or not a player steps up his game, or simply maintains their typical level of production.

Of course most of 2) is rendered moot by 1). And of course opportunity comes into play as well (as the linked post acknowledges, but doesn't compensate for). Talk about a hitter's rate of driving in runners on base/in scoring position/on third with less than two outs. Talk about a hitter's OBP with his team trailing in the late innings (thus creating opportunities for teammates). Do not say "remember that big hit" or "remember that GIDP," every great hitter hit into a double play, and every terrible hitter has hit a home run. It's the ability to do either with consistency that matters, and as I said, such an ability as it applies to artificially designated clutch situations (another category which has no universal definition) continues to appear to have more to do with randomness than skill.

I don't know much about Sumoza, though an .880 OPS in low A as a 20 year old, while not eye-popping, isn't laughable. Good power, doesn't seem to K much.

Kotsay has a bad back, and I wouldn't expect much past a .750 OPS out of him at this point. Plus, he's a FA at the end of the year, so they're not stuck with anything.

I don't know much about Sumoza, though an .880 OPS in low A as a 20 year old, while not eye-popping, isn't laughable. Good power, doesn't seem to K much.

Kotsay has a bad back, and I wouldn't expect much past a .750 OPS out of him at this point. Plus, he's a FA at the end of the year, so they're not stuck with anything.

11.   nick
Cliff, re. your point #2, I actually believe that people LIKE it that way: because it allows them to marshal a selective (misleading) argument for or against the clutchness of almost anyone. It lets people use stats rhetorically, rather than analytically: to defend what they already "know" to be true. Textbook abuse of numbers, in other words...

12.   tommyl
8 Couldn't agree with you more. It really depends how, as a fan, you want to approach the game. Some people want compelling, hero type storylines. That's fine. Me? I want to build the best baseball team we can, which means I care about the points you make as opposed to how "clutch" or not someone is. When I brought up things like Jeter GIDP here or there before, my point wasn't to claim he was unclutch it was to point out how nearly every player does good and bad things in the clutch, but how we oftentimes view different players wildly differently. Its actually interesting from a psychological POV.

13.   JL25and3
8 I agree, Cliff, and I'd take problem #2 a step further. It's not just the appropriate comparison of clutch to non-clutch that's undefined. "Clutch situation" isn't defined in the first place. Is it RISP? Is it "close and late?" Is it more "clutch" to do something in September than to do the same thing in April? Is the home run that breaks a 0-0 tie clutch if it's in the first inning? How about the sixth? If the team goes on to score 8 more runs, was the homer still clutch?

And on, and on, and on. How can one even begin to argue if something exists or not without being able to define it in the first place?

The different perspectives are interesting and some people tend to gravitate towards the storyline. But once a player has a reputation, it's hard to shake. Pettitte is still a big game pitcher, eh?

Meh. There will be much wailing and gnashing of teeth for the next couple of seasons and then the media can get all hagiographic about next crop of superstars clutch gods. And for that reason, I don't think that Jeter's decline and retirement/next contract is going to be handled gracefully by the media. Christ, they're still grousing about Torre "being fired".

16.   tommyl
15 Worse, there's an article by Sam Borden today about how Torre would be making a difference with this team (I choose not to link it because its just stupid crap). Right...that's why the Dodgers are below .500 and 3 games back of the DBacks in the freaking NL West, Scott Proctor has no right arm left and Juan Pierre was the opening day CF and leadoff hitter.

18.   joejoejoe
If there is no such thing as "clutch" then batters should actually have lower numbers with RISP than overall. There are lots of situations with people on-base where you are just trying to move the runner over or hit a fly ball to score a player from third.