Remember Me?
by Alex Belth 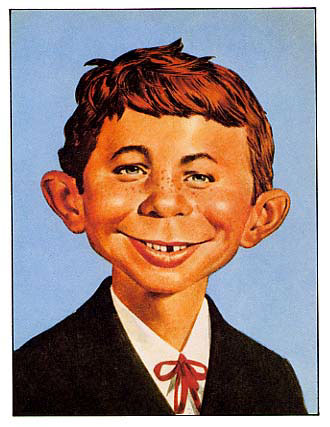 Smiling Jack down at Dunder Mifflin pitched a very nice game last night. Chad Jennings, who has been doing a terrific job all season long, has the particulars.  And Ben K over at River Ave Blues gives his take as well.

Comments
1.   OldYanksFan
Reprinted from an earlier thread:
If any of you have hard drugs around, ya better grab them before reading this:
Yankees' talks on Seattle lefty Washburn still hot
by Ed Price/The Star-Ledger

"A person familiar with the Seattle Mariners... said a possible trade of lefty Jarrod Washburn to the Yankees has "got legs" and predicted "something will happen there."

"... but the Mariners aren't sold on Igawa. One area of need for Seattle in in center field, and while the Yankees have put Double-A Trenton's Austin Jackson off-limits, Brett Gardner or Melky Cabrera could be discussed."

These last 6 games have been so great We have gone from dogs to legit contender. Just the THOUGHT of trading Melky for Washburn makes me sick to my stomach!

So it ain't so Brian!

3.   Shaun P
2 I'm not just familiar with the Mariners, I know them better than that person!

He's wrong. Seattle has a CF, his name is Ichiro Suzuki. They are stupidly playing him in RF while letting Wladimir Balentien rot in the minors (he's hitting .259/.360/.578). The Ms need to get their brains out of their behinds, call up Balentin and play him in RF, and move Ichiro back to CF. Problem solved!

4.   williamnyy23
3 They also had a CF'er, but he is playing in Baltimore now. Seattle will be a bad team for quite some time.

5.   monkeypants
1 I have a hard time getting worked up about any supposed impending trade for a bad pitcher as long as I know that Sir Sidneyis going to take the mound every five days.

6.   Rob Middletown CT
"Just the THOUGHT of trading Melky for Washburn makes me sick to my stomach!"

I wouldn't worry too much. Sounds like bull to me.

7.   Shaun P
4 Could that trade have gone any worse for the Ms? Bedard has stunk, and if they trade him, they'll get pennies back on the dollar. Sherrill could have brought them back a useful piece on his own, and Chris Tillman is pitching very well, at 20, in AA. Oh, and Adam Jones is awesome.

8.   tommyl
7 Too bad they have a different guy running things these days. Otherwise we could convince them Igawa pitches so much better the closer he is to Japan.

9.   rbj
With IPK pitching well I'm not sure the Yankees need to trade for a pitcher. But getting rid of Igawa can only be a positive.

10.   ms october
7 yep, awful trade. but that is really what you get if you think your team is better than it is.

anyway - nice to see that guy pictured a top this page pitching well his last few starts. read the chad jennings piece - glad he has had some time to work on his slight mechanical issues that was impacting his location. this is what should have happened the first time he was sent down - but poor igawa is so useless the yanks were afarid to bring him up for a few starts (not that i really blame them).
the snacks experience has worked out - he has pitched just well enough to allow the yanks to win his starts(although it has been filled with plenty of scary innings, along with a good bit of run support)and it has allowed ipk a more reasonable stint in the minors.

8 Actually, I would think Igawa would be productive for the M's, at least in Safeco. It should become apparent that Igawa isn't in the Yankees' present and future, so may as well put him in their past.

12.   Raf
FWIW, IPK has pitched against some lousy teams, as pointed out @ waswatching.

Just one note to consider on this: Kennedy was pitching against the Richmond Braves - and they have the worst team offense in the International League (at this moment).

My enthusiasm is tempered a bit, but only a little bit.

13.   ChrisS
I hope there's no expectations of him coming up and going 6-0 with a 2-something ERA down the stretch or he's a bust. Except for 8 ML starts at 23, the kid has dominated every level of baseball that he's played in. I don't care if he was pitching against the Staten Island Yankees, it's a good thing to see him continue to perform well. If he pulled an Ankiel and suddenly couldn't locate his pitches, then I'd be concerned.

14.   JL25and3
Washburn would be a nice pickup, but I wouldn't want to give up anything important. The fact that Melky is irreplaceable disturbs me greatly, but that's how it is.

For the rest of this season, anyway. After that - or sooner, if they fall out of it - I hope they do trade him, even selling low. Then maybe they'd go out and find a decent player for center field.

15.   williamnyy23
13 Just for some perspective, IPK only has 21 starts above the single-A level, so I don't think you can confidently project him based on his "domination" in the minors, especially when you consider that at age-23 he is relatively advanced for a top pitching prospect.

16.   mehmattski
15 Advanced? He's one year out of college. His age puts him somewhere between high A Tampa and AA Trenton. How many starts would you need in order to acknowledge his superior performance in the minors?

Kennedy is going to be at least a serviceable pitcher in the minors. Just because he's not Joba Chamberlain shouldn't be held against him. He's young and he pitched scared in the majors, while in the minors he has excellent control. I think it's more likely that the numbers with the Yankees are outliers. Eventually his control will come around at the major league level.

I don't think you can base IPK's future off of results alone, especially considering his limited resume. I also don't think it is a given that he will be much more than a league averagish pitcher, which doesn't make him a top prospect in my book.

18.   monkeypants
17 Some good points. On the other hand, the Yankees would kill to have a league averagish pitcher these days, instead of trotting the likes of Ponson and Rasner out for 40% of the games. If IPK's fate is league average pitcher (I assume that means something like a #4 starter?), whom you can keep around for 5 years for cheap, that is a real asset.

He shouldn't be traded for peanuts.

19.   YankeeInMichigan
Current pitching situation:
- Moose and Pettitte are dominating in 2/3 of their starts.
- Joba is a solid #3, and he'll only get better.
- Ponson and Rasner are about league average for #4 and #5 (and in their most recent starts, they've been even better).
- Kennedy and Karstens are raking at SWB.
- Hughes may be available by mid-to-late August (though I certainly would not want to rush him)
- Wang may be available in September.

So no, starting pitching is not this team's problem. Washburn may still be a good pickup if they can get him cheap, especially considering his record against AL East teams (as Cliff mentioned yesterday). Then gain, he'll be making $9 million next year, so he may not be so easy to trade to create room in the rotation.

20.   YankeeInMichigan
Back to the outfielder thread, what would it take to get back Marcus Thames? He's not an everyday outfielder, but he plays a reasonable LF, and he hits a whole lot better than Gardner, at least against lefties. He'd also be a great righty power option off the bench. The Tigers are outfielder-rich and are lacking in minor league pitching depth.

21.   Raf
Then gain, he'll be making $9 million next year, so he may not be so easy to trade to create room in the rotation.
-------------
Given the pitching situation the past few years, I would think they would hold on to Washburn, if acquired.

22.   Shaun P
17 Well, the Yanks gave Glass Ass a 4 year $40 million contract, and he was a below average pitcher. So, top prospect or no, I think having a league average guy is quite useful.

Aaron Gleeman has a great post from earlier this year, or maybe end of last year, comparing someone - I forget who - to Brad Radke. The point is, with guys who's primary weapon is command and control, like IPK, you have to be a little more patient. (Even Mad Dog took a couple years to get going.)

In any case, selling low on IPK would be a mistake.

23.   horace-clarke-era
On the Washburn/Melky ... fret not, it seems. More up-to-date rumor mills say it isn't even on the radar, nor is an extension or a response to Boras's attempts to get something for Wash to waive his no-Yankees-clause (he has one). It'll be a Seattle salary dump where the Yanks do them that favor (and maybe Igawa goes back to level out the salry dump somewhat). I have NO problem with picking up Washburn for money only.

Seattle is indeed a mess, but they moved Ichiro out of CF when the manager changed and apparently he wanted the move, too. The story was a bit weird; he was getting too tired in CF chasing too many balls that sloppy cornermen (Ibanez can still rake, and will likely go NL in a few days, but is a TERRIBLE OF now.) waited for him to run down in their territory.

Thames would be a great platoon bat but his numbers are off the charts right now AND Tigers are (anyone notice?) back in the Central hunt AND the wild card chase. No move for the future from them right now.

In general, I admit I find it funny when people keep naming lust-object pkayers (Bay, for example) and saying 'IF we could get them cheaply enough' ... if we could, we'd have them by now, or someone else would.